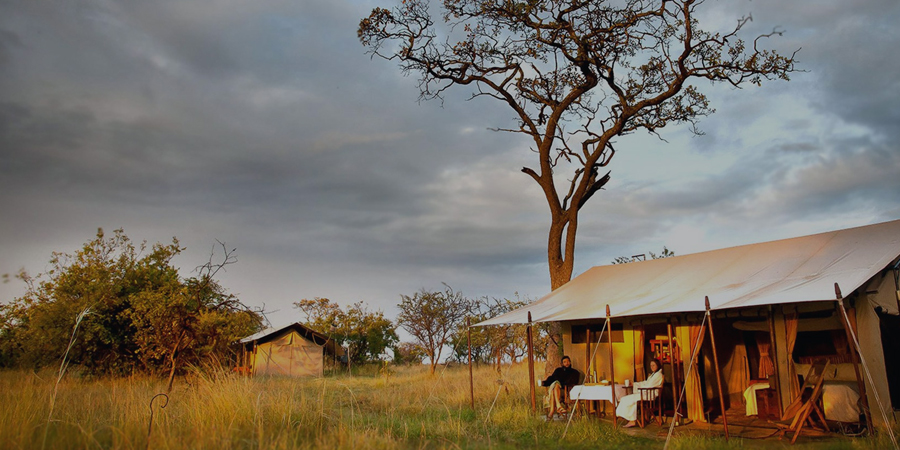 If you are on a budget or a lone traveler looking for people to cost share the safari, then this is the safari package for you. With this package, we will start by visiting one night Tarangire National Park, one night at Ngorongoro Crater then finish the safari by visiting 3 nights Serengeti. You will help with pitching tents and preparing meals at the campsites.

Pick up at 7.30am then drive to Tarangire National Park, with picnic lunch provided have a game drive the rest of the day. The is the sixth largest national park in Tanzania, it is located in Manyara Region. The name of the park originates from the Tarangire River that crosses the park. The Tarangire River is the primary source of fresh water for wild animals in the Tarangire Ecosystem during the annual dry season. The Tarangire Ecosystem is defined by the long-distance migration of wildebeest and zebras. During the dry season thousands of animals concentrate in the Park from the surrounding wet-season dispersal and calving areas. The park is famous for its high density of elephants and baobab trees. Visitors to the park in the June to November dry season can expect to see large herds of thousands of zebra, wildebeest and cape buffalo. Other common resident animals include waterbuck, giraffe, dik dik, impala, eland, Grant’s gazelle, vervet monkey, banded mongoose, and olive baboon.

Early morning breakfast then drive to Ngorongoro Conservation Area. Descend into the crater and have a full day game drive with picnic lunch provided. The main feature of the Ngorongoro Conservation Authority is the Ngorongoro Crater, the world’s largest inactive, intact and unfilled volcanic caldera. The crater, which formed when a large volcano exploded and collapsed on itself two to three million years ago, is 610 metres (2,000 feet) deep and its floor covers 260 square kilometres (100 square miles). Estimates of the height of the original volcano range from 4,500 to 5,800 metres (14,800 to 19,000 feet) high. The elevation of the crater floor is 1,800 metres (5,900 feet) above sea level. The Crater was voted by Seven Natural Wonders as one of the Seven Natural Wonders of Africa in Arusha.

After breakfast, we will drive to Serengeti National Park, have picnic lunch at Nabii gate then arrive with an afternoon game drive. This is Tanzania’s oldest and most popular national park. Also a world heritage site and recently proclaimed a world wide wonder. The Serengeti is framed for its annual migration, when some six million hooves pound the open plainsas more than 200,000 zebra and 300,000 thomsons gazelle join the wildebeest’s trek for fresh grazing. Even when the migration is quite, Serengeti National park offers arguably the most scintillating game viewing in Africa: great herds of buffalo, smaller groups of elephants and giraffe, the thousands upon thousands of eland, topi, kongoni, impala and Grant’s gazelle.

We will have a full day game drive both days in Serengeti National Park with picnic lunch provided. The park covers 14,750 square kilometers (5,700 sq mi) of grassland plains, savanna, riverine forest, and woodlands. The park lies in northwestern Tanzania, bordered to the north by the Kenyan border, where it is continuous with the Maasai Mara National Reserve. To the southeast of the park is the Ngorongoro Conservation Area, to the southwest lies Maswa Game Reserve, to the west are the Ikorongo and Grumeti Game Reserves, and to the northeast and east lies the Loliondo Game Control Area. Together, these areas form the larger Serengeti ecosystem. Serengeti plains: the almost treeless grassland of the south is the most emblematic scenery of the park. This is where the wildebeest breed, as they remain in the plains from December to May. Other hoofed animals – zebra, gazelle, impala, hartebeest, topi, buffalo, waterbuck.

Have a sunrise game drive, drive to the camp for breakfast then drive back o Arusha. Drop off at your accommodation or Kilimanjaro Airport.